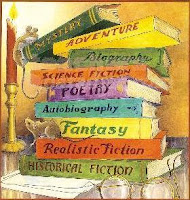 Now I’m not going to get into my opinion on the subject (at least not yet), but I thought it’d be fun to see what everyone here thought about genres. Some think that YA, MG, and NA are considered actual genre, and some do not. Let us know what you think and why.

PS. As much as I love a good devils advocate in any argument, please remember your netiquette when posting.

Outlining a story is a great way to keep myself from going off on wild tangents and causing everything to get side railed. So typically, when I write, I’ll work out the bare bones, which is the beginning, middle, and end, and maybe a few tidbits in between. With my most recent novel, I’ve run into an interesting little barrier.
Here’s what happened. Instead of only outlining the bare bones, I ended up outlining the whole story. I didn’t mean too. I just got over excited (yeah, it won’t be the last time you hear a guy say those words). After putting that together, starting to write the first chapter was extremely difficult for me. I kept seeing where I was going instead of where I was.
This caused major issues for me. I would start to write, and then scrap it. Try again, and tossed that also. It kept going on and on like that to the point like I felt as if I was in purgatory for writers. It was hell.
It wasn’t easy seeing outlining almost everything as a mistake. Mainly cause of the fact that I felt like planning everything in case of being able to make the story a series would benefit the story later. What it really did was make me feel like a time traveler who could see someone’s entire lifespan but unable to enter a specific point. In other words, my vision was blurred.
Once I came to my senses, I stripped everything away from the entire story and work solely with the bare bones of the story. For me, it was the right move because everything is flowing much better.
So, tell me, what do you guys do when you see way too much of the story and can’t seem to get the beginning written. 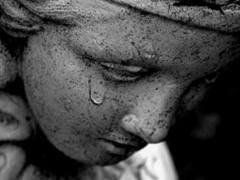 Gremlins are real. I know, I know. Lets all laugh at the crazy person. Seriously though, they are out there and they’re not even remotely cute, cuddly, or have humorous side to the offset just how ugly they are. How do I know? Because for the last several years, one has been torturing me.
My little gremlin is a sneaky little bastard. He lets me think that everything is grand as I scribble down story after story, each one with more subplots than the last. You’d think I’d notice as he sits on my shoulder, whispering little encouragements to push me further, all the while smacking his thin greasy lips as if he was waiting for a nice juicy burger.
It’s not really that far from the truth. In fact, that’s just where his torture lies. Those sweet little nudges to add more sub plots. No worries right. Just makes for a more realistic story. Of course, my gremlin needs more than that, and as soon as it seems like I’m going to push forward with keeping things short, he seductively wraps his tail around my neck—full of pointy little barbs prickly my skin—and whispers in my ear.
“Wouldn’t it be neat if….” He says. Or “oh look, we could do this here, yeah that’d be nifty…”, and there’s always “just one more. It’ll glue everything together quite nicely…”
It makes me smile sardonically, and then I keep writing. Soon my short and sweet little story has become a fluffed up and overly stuffed waste of space, but I don’t see it that way. I see it as a masterpiece of literature and it would be a shame for no one to read it.
I pick it up. Hold it to my chest, feeling the ink speak to me through my skin. I breathe in the sweet smell of the new pages, close my eyes, and exhale.
What I see when I open them causes my heart to stop beating. The hobgoblin like gremlin had spewed his sickly bile all over the beautiful script. He then swiftly climbs down, being sure to whip his prickly tail across the back of my neck, and then greedily devours all my hard work.
And that’s not the worst of it. After he’s done devouring my novel, he looks up at me with his shitty colored eyes. They have a gleam of green in them that tells me that he’s not even close to satisfied.
I shudder, my hands trembling from the amount of fruitless slave labor. There’s nothing to do about it though. I have to buck up and try again. Maybe if I cut out all the subplots he’ll leave me alone.
I take a deep steading breath, pick up my quill and begin again—my gremlin already whispering in my ear.